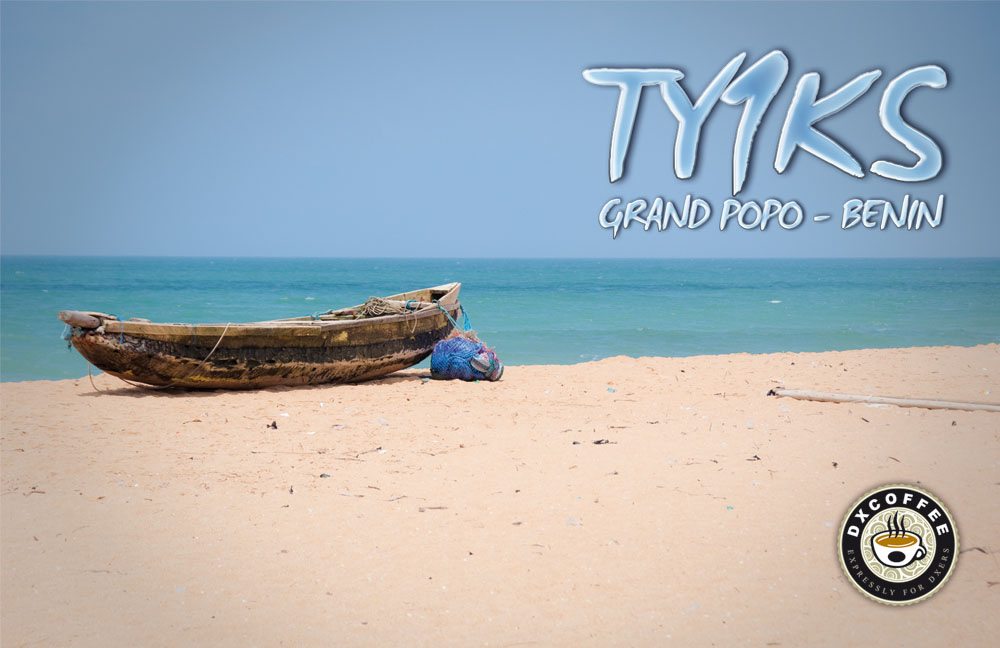 I’m writing now after some months of QSL management for the Dxpedition TY1KS (Benin – August 2011) by the DxCoffee team.

I can now say that the situation is not critical. I’ve received a big amount of QSL request, direct but especially via OQRS, during these months. QSL cards from the printer were received at the end of October, and in the first week of December all requests were processed and sent via postal service.

At the moment I’m processing requests received in January and February. These will be sent in the next week. Lot of time was lost to answer to emails asking info about QSL or logbook mistakes ecc… It was very stressful considering the futility of some request! So, please, write me only if you have problems with log’s discrepancies or problems with the QSL request via OQRS.

All direct and OQRS direct requests are charged on the LotW system in real time, so you can have the certainty I’ve received the request. The OQRS requests are answered back by email as confirmation.

I will not accept any more IRCs as contribution! I’ve experienced many problems with my central postal office, it seems that Italian Poste has stuck the change of coupons, it possible only buy them. In any case, 1 IRC was changed with a stamp of 0.75 € cents, which isn’t sufficient for Extra Europe destination.

Here the Italian Postal fees for a 20g envelope:

BUREAU STATUS: All requests sent via OQRS before December 2011 are already on the way, I’ve sent them to the National Bureau at A.R.I. HQ in Milan. Others bureau requests will sent next months.  At the moment I’ve not received any QSL via bureau, please request a bureau request via OQRS, don’t send me paper QSL via bureau, it takes many time!